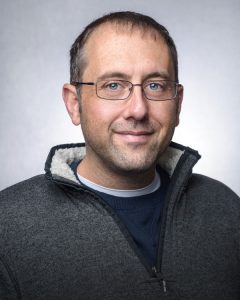 Ben certainly hasn’t been idle in life. A couple of years out of college and he started doing things and going places he never would have expected. From traveling to personal growth to marriage and child to divorce and parenthood to entrepreneurialism and inspiring others. Ben has flown an airplane on his own and has been scuba diving in the Galapagos. He has seen the animals of Tanzania and has traveled all over Europe with a 6-month-old child in tow. He has performed improv for over a decade, acted in several plays, and even a movie.  He has owned several businesses.

His biggest passion is exploring the mind. In all of his personal growth work, the one constant was that it all stems from the mind. Between personal growth and improv, he found this weird realm called expectations. And while most people would shy away from such a thing, he decided to tackle it head-on.  Along his journey, he decided that “the only reason anyone gets upset is because an expectation hasn’t been met.” And begin teaching that in his Success Improv business.

From there, he noticed that there has to be a way to use that upset feeling to fix the situation. And he created the amazing “How to stop being upset” flow chart.

From there it was a simple step of taking everything that he has explored on the subject and put it in a book called, “What to Expect when Having Expectations.”

Ben has also authored several other books which can be found on the books page.